Christmas at the Toy Museum

S and I spent the day at The Museum of Childhood in Bethnal Green this week.

In the story, the toys wrap themselves up as Christmas presents when they realise that there are none under the tree for them. To hunt for the toys in the museum I put a picture of each of the toys in a small wedding favour box and placed them in a bag to be selected at random. 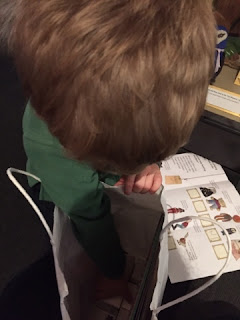 We then looked for the toys in the displays. Next to each toy was a letter and it is here that we combined our own homemade hunt with a Lost in the Museum trail produced by the museum. 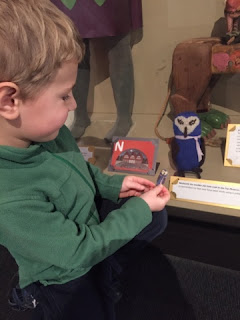 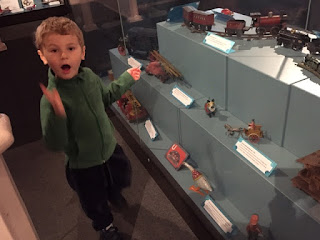 Once we had completed the trail all the letters we had found spelt "found you". 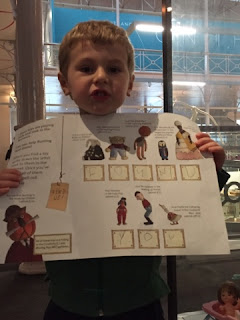 At the end of the book, Bunting the Cat, a prime time character, still doesn't have a present to unwrap. A helpful Angel presents Bunting with a beautiful golden box which contains a twinkling Christmas star.

I presented S with a golden box at lunch which totally suprised him. 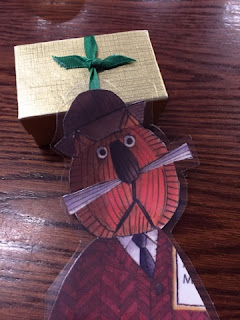 Inside not a star but a horse puppet. S loves the rocking horses in this museum! 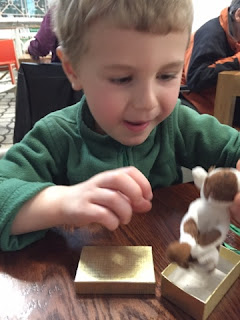 He even did an impromptu puppet show on the steps! 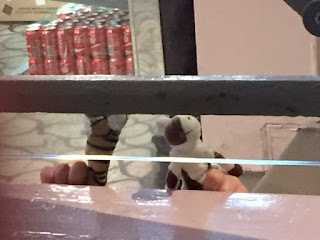 What Christmas themed books have you adapted at a museum?
Posted by Zuzu at 15:00