For Christmas S received a pop-up puppet show from his grandad.

Both boys spent New Year's Day preparing and performing a mixture of puppets, music and magic, which I share with you below. 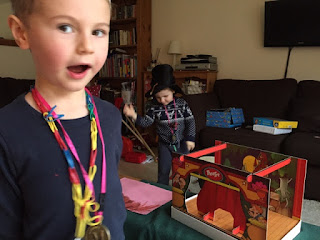 A musical warm up 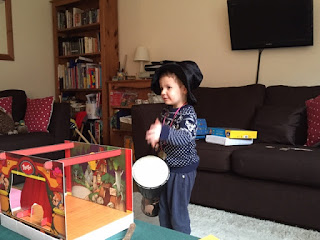 "Whilst the princess was sleeping, a dragon came" 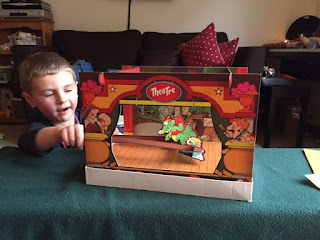 "The good prince came to rescue the princess." 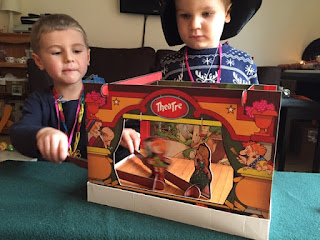 A added a few of his soft toys to the scene. 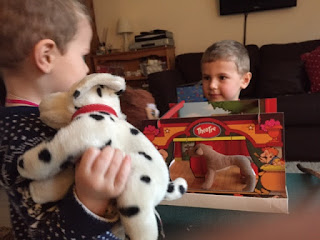 S obliged his brother and helped carry on the scene with his snail puppet. 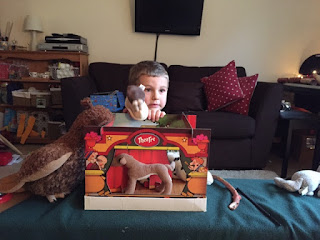 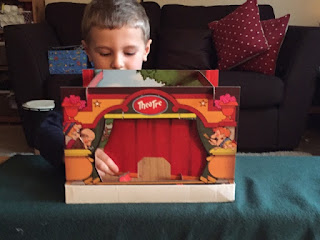 S has also been working on some back drops of his own. "It's going to be a dark farm. It's going to take a long time to make." 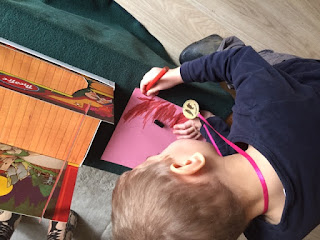 Next came the magic. S introduced his assistant. 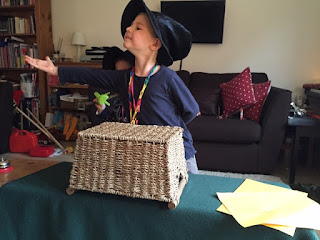 "Look there is nothing in my hat". 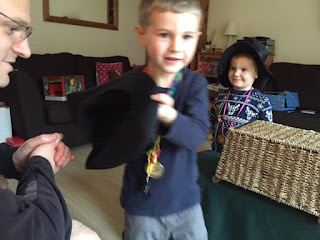 "Abracadabra, hocus pocus make a rabbit come out of my hat." 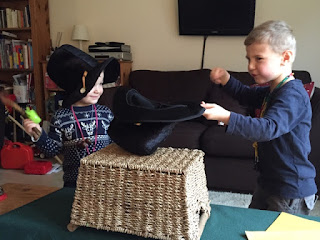 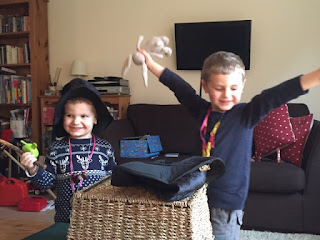 A also had a go. Whilst the boys have been performing this trick over Christmas A has wanted to make a frog come out of his hat and was so suprised when it did. 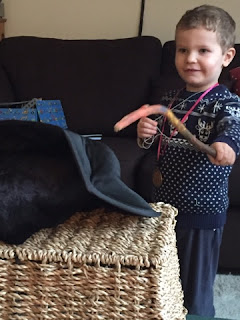 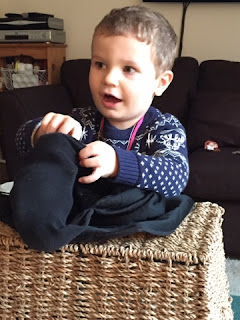 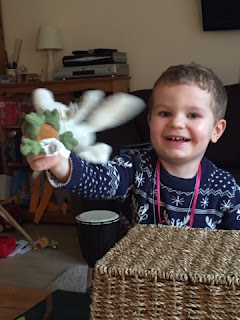 We look forward to more shows and performances throughout the year!